What is Machine Learning ?

Machine learning is a scientific study of algorithm and statistical model of computer system.

That is machine learning is used to perform certain tasks without using any human interaction. Machine learning has the ability to learn and recognize pattern to perform particular tasks. It can also improve it's own performance based on how well it learned to perform a that task.

It is nothing just a computer program which takes "data" as input, learn from that data, recognize underlying patterns between the data, and based on this it produced the output(which is usual case are just predictions).

Note: The data here can be of any form such as video, images, files etc

The way machine learning is implemented is by using Machine Learning Algorithm. This algorithm are based on sample data known as "training data" from which it build it's own mathematical model in order to make predictions or decisions without explicitly programmed to perform tasks. This mathematical model are just statistics which focuses on making prediction using computers.

Machine learning is seen as a subset of Artificial Intelligence (AI). Here AI is ultimate intelligence demonstrated by machine to perform all the task which a human or animal could do, on the other hand Machine Learning are capable of learning one tasks well. They cannot be used to perform different tasks which it has not trained for.

Back than computer had very small amount of memory to run program. Arthur Samuel who was than working at IBM developed a game of checker. The way he developed the game was with something called as alph-tunning which uses a scoring function based on the position of pieces in the board. This scoring function chooses the next step using minimax strategy that is the program chooses it's next step in which it has the highest chance of winning. His algorithm also recorded each and every move he has taken so far and combined this with the reword function. He was the first man who came up with the idea "Machine Learning" in 1952.

Then in 1957 Frank Rosenblatt designed the first neural network for computers, which simulate the thought processes of the human brain by combining model of brain cell by Donald Hebb’s and Arthur Samuel’s Machine Learning efforts.

Since then we are seeing new algorithm emerging out in the field of machine learning like Nearest Neighbour algorithm in 1967, in 1970's scientist begin to create program to analyze large amount of data and draw a conclusion from it. 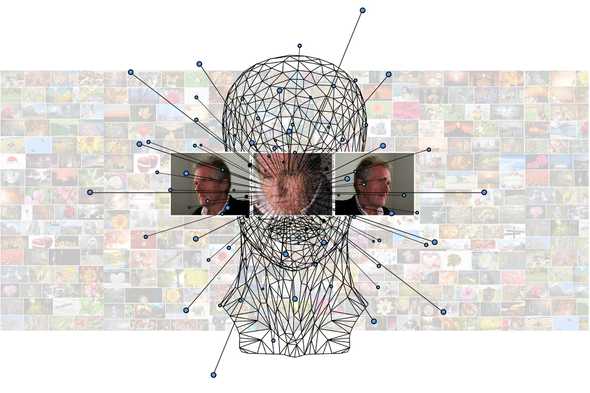 Machine Learning process involves number of step. Let's get to them one by one:

This is one of the most important set in Machine Learning. Here quantity and quality of data both are very important. Data could be of any form images,videos,audio,csv file or any text file. The reason quantity and quality both are important because this result machine learning model will directly depend of data you feed to them. If the data is large but is unclean or in other words it consists of unnecessary information then the outcome of machine learning model will show unnecessary result or if the data is clean but amount of data is less the model will not predict will enough. Therefore, gathering large and clean amount of data is very important.

In this phase we have to select a Machine Learning Model. This model consists of number of algorithm which use mathematics, statistics, and probability. Choosing a right machine learning usually required experience because this model will learn and recognize pattern in your data.

Here you train your model with the data you have gather. In training process usually 70-80% of your data is feed to your model. In this process model tries to learn your data.

The remaining 20-30% of your data is used for validation that is it is used to check how well did the model perform.

After validating the model they are tunned. Tunning step usually consists of increasing number of training steps, adjusting learning rate, or change the values of default parameters.

After nicely tunning the model, the model is ready for making prediction on new datasets.

There are many ways from which machine learning can be implemented but this are grouped into 4 basic category:

Let's understand each of them one by one:

Supervised Machine Learning Algorithm build a mapping function between the set of data and the desired output.

This algorithm learns the relation between the input and the output. For example let's say you have dataset which consists of images of apples and bananas and you want to classify them here model will learn mapping function as bananas are long, apples are curved and small, bananas are yellow apples are red etc. Once it have learned to recognize this pattern it will classify new data set given to them.

Classification Machine Learning algorithm are used when you have to classify different group of data. This algorithm learn how to separate the data just like apple and bananas. This algorithm consists of categorical output.

This is another form of supervised learning. The output of regression are numerical rather than a class. This algorithm are used when you have to predict number for example the stock market price,temperature of a given day, or probability of an event occurring

This algorithm start from scratch and tries to find new or sometimes even better way to solve problem then Supervised Learning Machine Learning Algorithm. Therefore sometime they are also called Knowledge Discovery algorithms.

They are often used in clustering where same pieces of data are cluster together based on their commonalities.

Reinforcement Machine Learning Algorithm are by far most complex and most accurate machine learning algorithm. Instead of labels these algorithms uses reward or feedback to learn patterns.

This algorithm are very much similar to how human learns. We perform some action based on that we receive some feedback. This feedback can either be positive of negative through this feedback we improve our actions.

Similar to this Reinforcement Learning algorithm take set of input from the environment. Then it do it's computation then it perform some action. This action is passed through an agent which will give a feedback to algorithm either positive or negative based on the feedback this algorithm will adjust itself.

Games are very good examples of Reinforcement Learning. They provide ideal data-rich environments. The scores in the game acts as as reword single to train the model. Reinforcement model tries to maximise it reward by playing game over and over again. A tutorial on determining a shape's or a group of points' Convex Hull. The OpenCV code implementation in C++ and Python is shared. I will discuss JavaScript tips, tactics, and best practises for beginners that I use and find valuable in this blog Learn how to use OpenCV to detect edges.In OpenCV, experiment with various edge detection algorithms such as Canny. When programming in JavaScript, you often come across scenarios that require string manipulation. For example, when retrieving email , you may need to convert all characters to lowercase or use regular expressions to check if the entered password meets conditions.